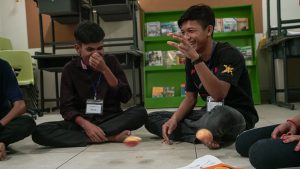 It was an amazing experience to be apart of the rainbow summit organized by another Liger student. There were students invited from other NGOs to be apart of the summit. It was more than a discussion since it’s the world issue that requires more understanding because there are discrimination toward those people from the LGBTQ community. I believe the summit actually was impacting Cambodia in someway since it allows people to have empathy towards those people in the community. We also learned about laws, and lack of languages in Khmer for those people in the rainbow community. It’s a problem to not have proper languages since it could affect how people interpret words. For instance, we only have one word in Khmer for the whole LGBTQ community, which is “ខ្ទើយ”. 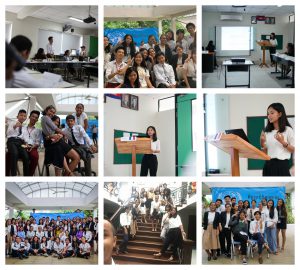 It was my second time to participate in our Khmer Model United Nations conference held at our Liger campus. I represented France and we debated on rights for LGBTQ community and quality air control around the world. The conference was slightly different from other conferences since there were so many first experience delegates. It was a great time seeing many first time students came up to the podium and expressed their country’s stance to many other delegates. I am looking forward into more MUN conferences. It was a great learning experience.