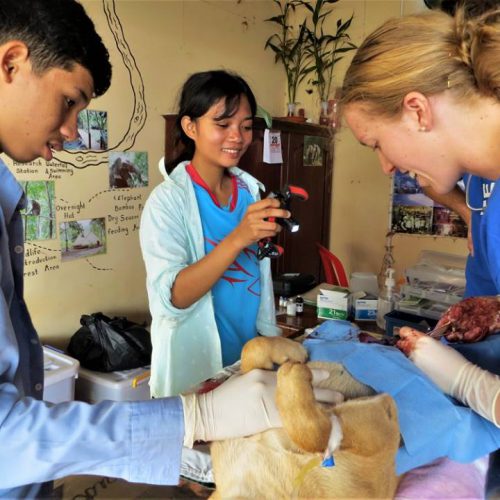 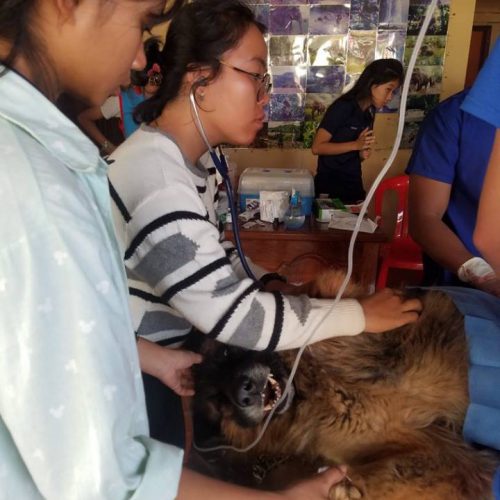 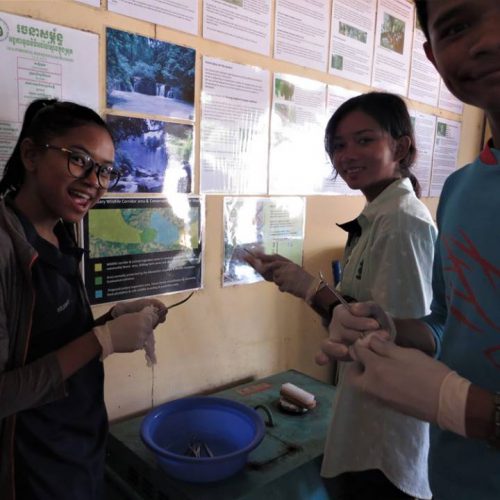 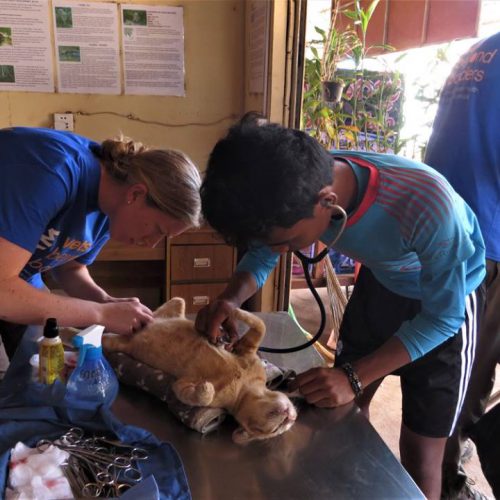 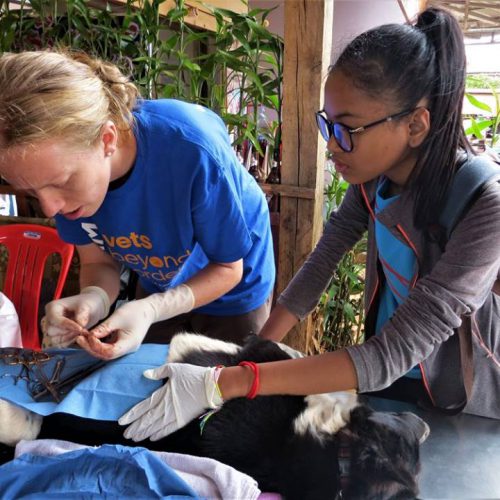 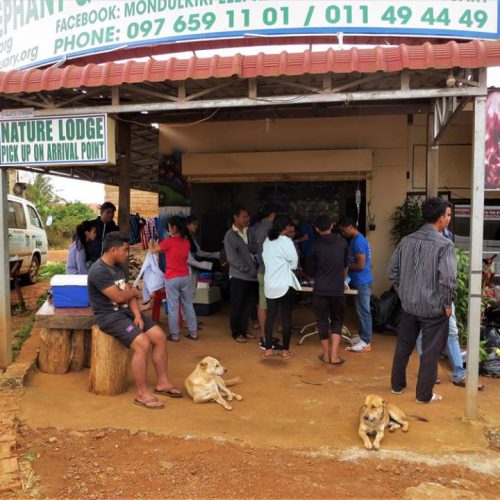 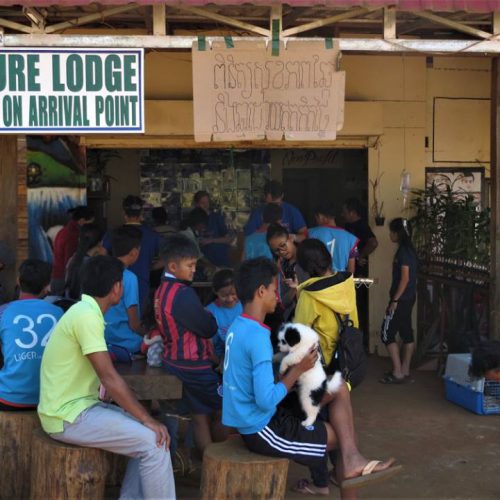 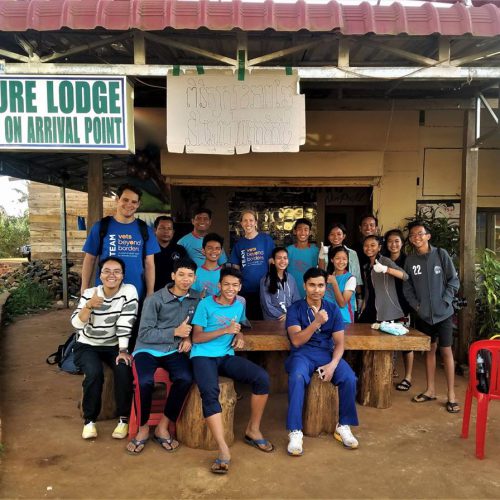 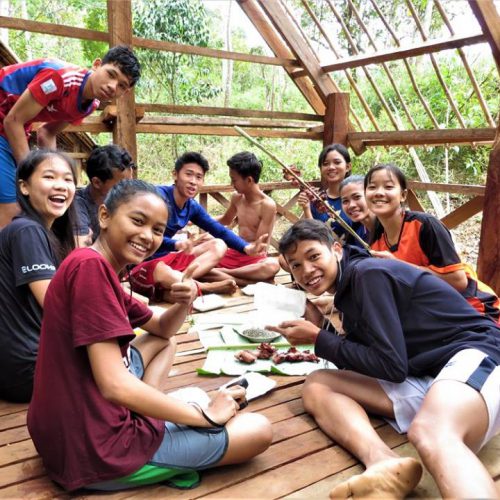 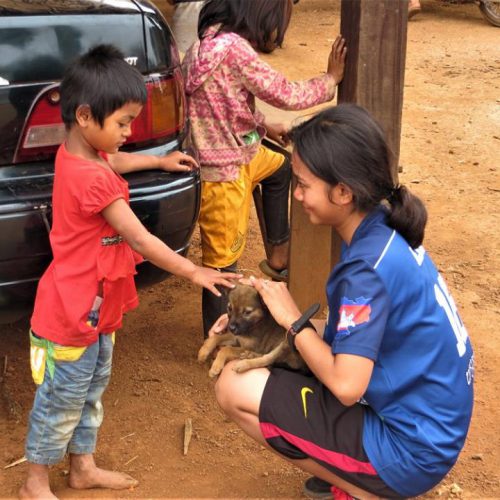 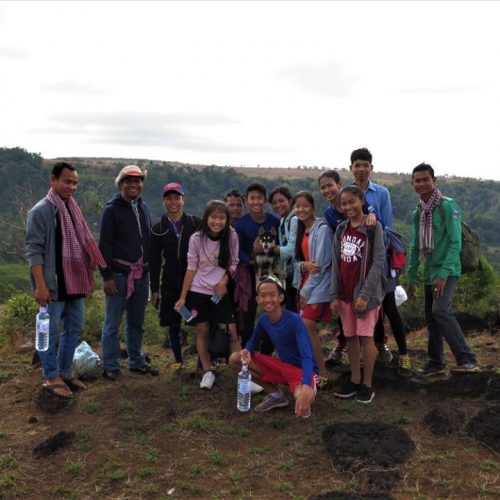 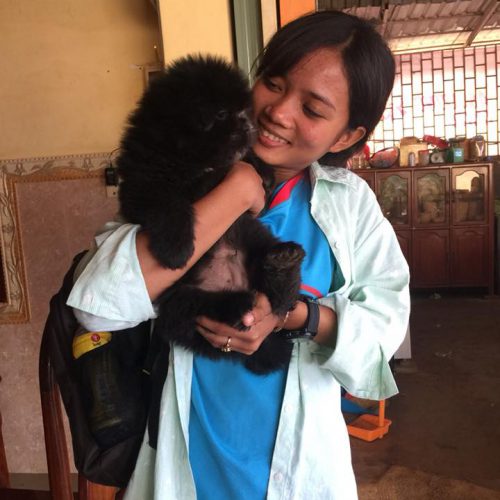 My current exploration, Public Health that is currently focusing on learning about Rabies in Cambodia were down on a mission with Phnom Penh Animal Welfare Society (PPAWs) in Mundol Kiri to help spreading Rabies awareness as well as getting dogs and cats to give rabies vaccines as well as health check and doing castration. We were there and helped to gather people around the community to get their pets to the place. We also helped with some injections to the animals, washing up the materials, holding animals while they’re getting surgeries and giving them massage after the surgery. I really love the experience since I feel like I helped lots of dogs and cats afterward especially because I am a dog lover. The one time that I can’t forget helping a Golden Retriever because he’s such a big dog, but the doctors did help. His owner only planned to castrate his dog, but the dog ended getting another surgery because he can’t urinate. The doctors found out that the dog has cancer. The doctors couldn’t get the big ball out, but they did get the urine out hoping to save the dog’s life to live longer. After three hours of hard work, we helped the dog! I was there for the whole surgery and I somehow felt like I wanted to cry for a few times because I was sympathetic for the dog to go through this and when sometimes he was awake because the unconscious taste were gone, he moaned. I found it a really amazing experience and I am really looking forward for the future mission with Animal Rescue Cambodia on February 7th. 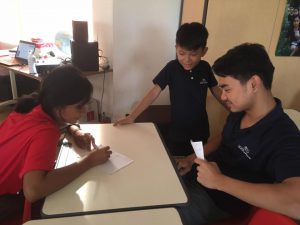 I was invited by the Juniors cohort at Liger to be part of their activities that were focusing on disabilities. They created different tasks for us to do and we have to be like the disabilities people like missing an arm, a leg, deaf, blind or not being able to speak. I found the activities helpful in a way that I kind of can feel the feeling that disabilities people have. I understand that they don’t want to be like that but it just a thing that they can’t control and that they just have to live their lives through it. I don’t feel that lucky that I have everything I need until I experienced this and that I think I should be grateful with what I have since there are people out there who might be wishing for what I have now.

I went to Vagabond temple for my whole weekend for a yoga practice. It was the school requirement since most of us found the experience useful to release stress as well as taking a break from technology to just learn about ourselves. I didn’t like it at first, but later on, I found it really helpful for my brain to just sit and imagine and meditate. I just feel like the activities there encourages me to love what’s around me. I also love it that everyone at the place were open to share their lives experiences even though it was emotional.